On February 8-9, 2017, Jean Monnet Center of Excellence at the St. Petersburg State University conducted intensive courses "The European Union and relations between Russia and the EU today."
Intensive winter courses have been successfully completed
The work of the second winter school on European integration and topical issues of relations "the European Union and relations between Russia and the European Union today" has been completed. The majority of listeners of the school were representatives of the city administration and municipal bodies, as well as members of non-governmental organizations, teachers of the city"s universities, entrepreneurs. This year the geography of the school went beyond St. Petersburg, it was attended by representatives of the Altai region and Arkhangelsk.

This school makes it possible to provide informational and methodological support to researchers dealing with the issues of the European Union. "This is some kind of analytical expert educational program aimed at comprehension and attempt to present various points of view on the most problematic issues of European integration, as well as relations between Russia and the European Union," said T.A. Romanova, associate professor of SPbSU.

During the winter school listeners attended lectures on the problems of the EU development, security concerns, terrorist and immigration threats; Also, the topics of populism in the decision-making process, lobbying and how they manifest themselves in the European integration, problems and cooperation between Russia and the European Union in the region of common neighborhood were touched upon during the classes. The lectures were delivered by associate professors of St. Petersburg State University T.А. Romanova, D.A. Levy and A.V. Izotov.

This year, a record number of applications for participation in the school were submitted – more than 200 applications for 20 places. After a strict selection of listeners and at the end of the school, all students were issued certificates. 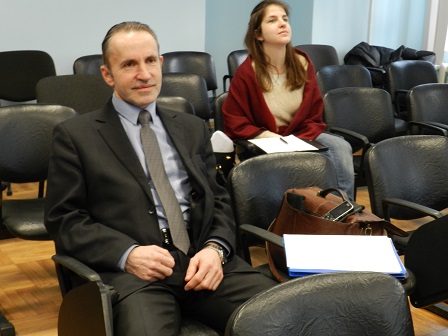 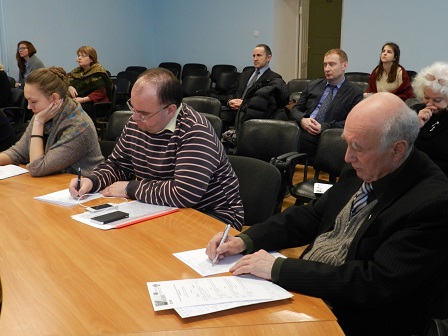 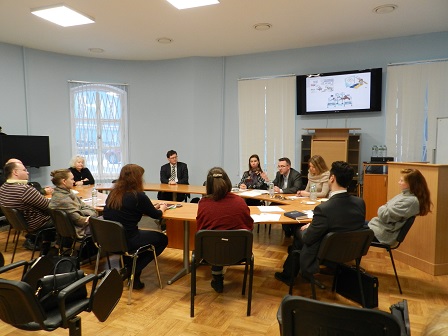